A number of SaveAct-led savings and credit groups had an opportunity to share their inspiring testimonies from the past year during the annual thanksgiving celebration hosted by SaveAct partner organisation Siyakhula Sonke in early December 2016. Despite the rainy weather, there was a definite sense of celebration and achievement at the event held in the Pinetown Methodist Church.

A selection of some of the comments made in the presentations is set out below:

Daniel Gumede, who represented Vusikhaya savings and credit group from KwaNgcolosi, emphasised the positive way in which the SaveAct model differed from stokvels and said that SaveAct had taught group members the importance of confidentiality. He also praised the support offered to the group by field officer Zanele Ntshangase.

Mrs Sibongile Moloi, also a member of Vusikhaya, shared her experience of saving money through the group to build herself and her family a new and much stronger house.

Mrs Nokuthula Muthwa of Tandokuhle group said things were going well in her group, which was now in its second savings cycle. She said her experience with SaveAct represented her first experience of earning interest. “It doesn’t matter what your goal; if you follow the model, you can achieve,” she said.

Representing Hlanganani group, Mrs Zinhle Mthiyane compared the achievements of her SaveAct-led group to the self-help group she was involved with in the past. In her self-help group, members would save just R2 per month, and they would struggle, even if they pooled their money, to raise sufficient funds to cope with emergencies such as the hospitalisation of a sick child. “That’s how small our savings were,” she said. “SaveAct lifted us from a very low level and our situation has improved.”

This year, Hlanganani’s share value has been increased from R50 to R100 and the women members of the group have enjoyed benefits such as greater financial independence. Mrs Mthiyane herself has been able to use some of her savings to improve the performance of her small shop.

Through membership of the Hlalanathi group, Mrs Lindeni Mbuthu said she was able to replace the roof on her house which was in a poor state after her husband passed away. While she comes from a poor background, she says she dno longer considers herself poor. A mother to five children and grandmother onf seven, Mrs Mbuthu urged members of the audience to use the money they make through savings groups to take better care of children, especially those who struggle with illness and disability.

Mrs Dumazile Mkhize, a member of the relatively new group called Siyaphambile, said she had had experience with a number of stokvels in the past. “The interest rate offered by SaveAct groups has set us free”, she said.

Buzani Gwala of Thandokuhle said she was part of a group of women who had observed other women forming savings group. Upon inquiring from them about the groups, they were quite taken with the idea and asked to be connected with a community-based promoter. Although the group is yet to have its first share-out, things are going well.

Nonkululeko Khuzwayo of Asakheni savings and credit group said she was getting tired of just saving R2 per month in her previous self-help group and was about to give up. Then she was introduced to SaveAct. “Now I have more energy and I can see us achieving great things. We’ve just started, but we are very optimistic we will be able to do so much more,” she said. 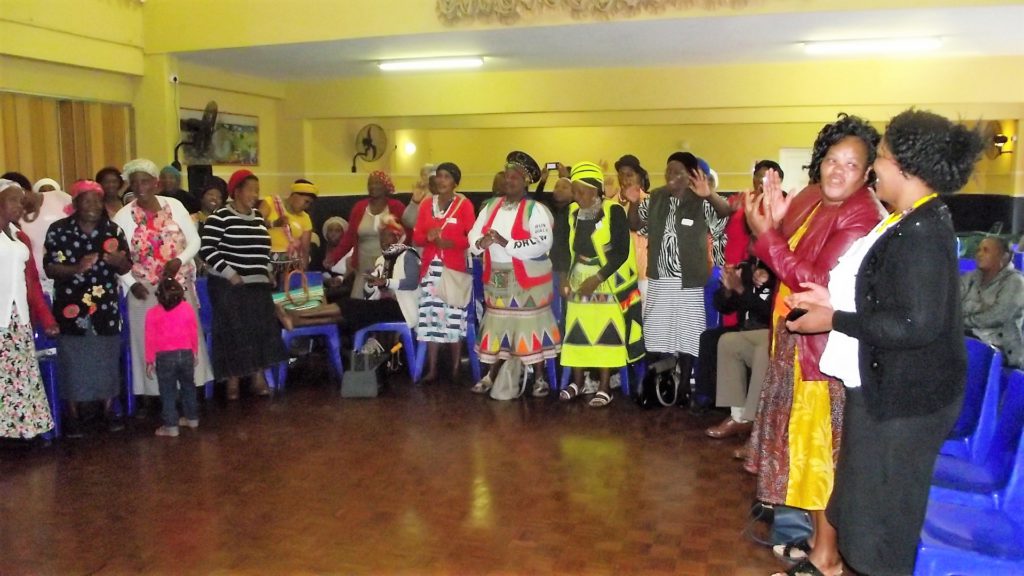