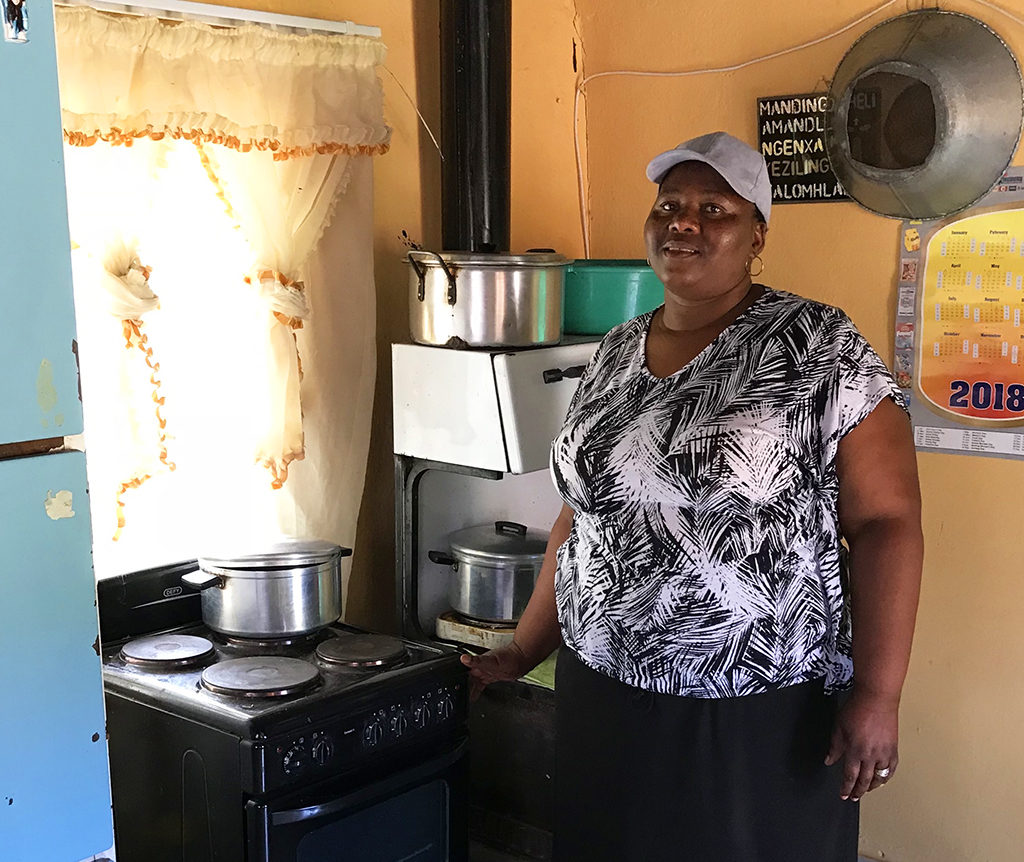 Bonanza for a sceptical husband — and a family transformed

Mathapelo Molahlehi’s husband was dubious about joining a savings group, so she registered him with her group and saved for him.

“He didn’t know,” she says. “When share-out time came I prepared food and then gave him his share-out. It was R9300.”

Her own share-out was also R9300, and she says suddenly having so much money “was like a life in Paradise. But we put it in the bank. We are saving for financial security.” Her husband, who drives a grader for the Department of Public Works, was convinced after that windfall and began saving himself.

Life hasn’t always been easy for the family, who live in Hebron near Matatiele. Mathapelo (48) relates how before joining a savings group, she would regularly go to the town’s landfill site with other women to look for food discarded by businesses because it was past its sell-by date.

“I’m telling this story to explain the change in my life since joining SaveAct,” she says. “For the last two to three years I’ve had no problems in my life.”

“But before SaveAct we used to struggle because we couldn’t manage our finances. We were buying on credit and sometime we had no electricity and had to cook outside, even in bad weather.”

She joined a savings group in 2014 and at the end of that cycle took home a share-out of R8700, which she used to buy a four-plate electric stove and a washing machine.

“Now we manage our money, save it and channel it toward facing tomorrow,” she says. For the last four years she has worked as a pre-school teacher at a crèche and is paid R1500 by the community. She saves R500 per month for herself and R500 for each of her two children, aged 18 and 13.

Her last share-out was R9500, of which R4500 was banked and the rest loaned to other people, with interest charged.

She says her experience of being poor taught her a lesson about accommodating other people in that predicament. “Now I find myself looking at the extent of poverty among other people. I try to help them and I’m grateful for the changes in my life. I lend money to some people and don’t expect interest.

“If my husband agrees, I’m also looking at starting a soup kitchen and serving those without money in the village.”