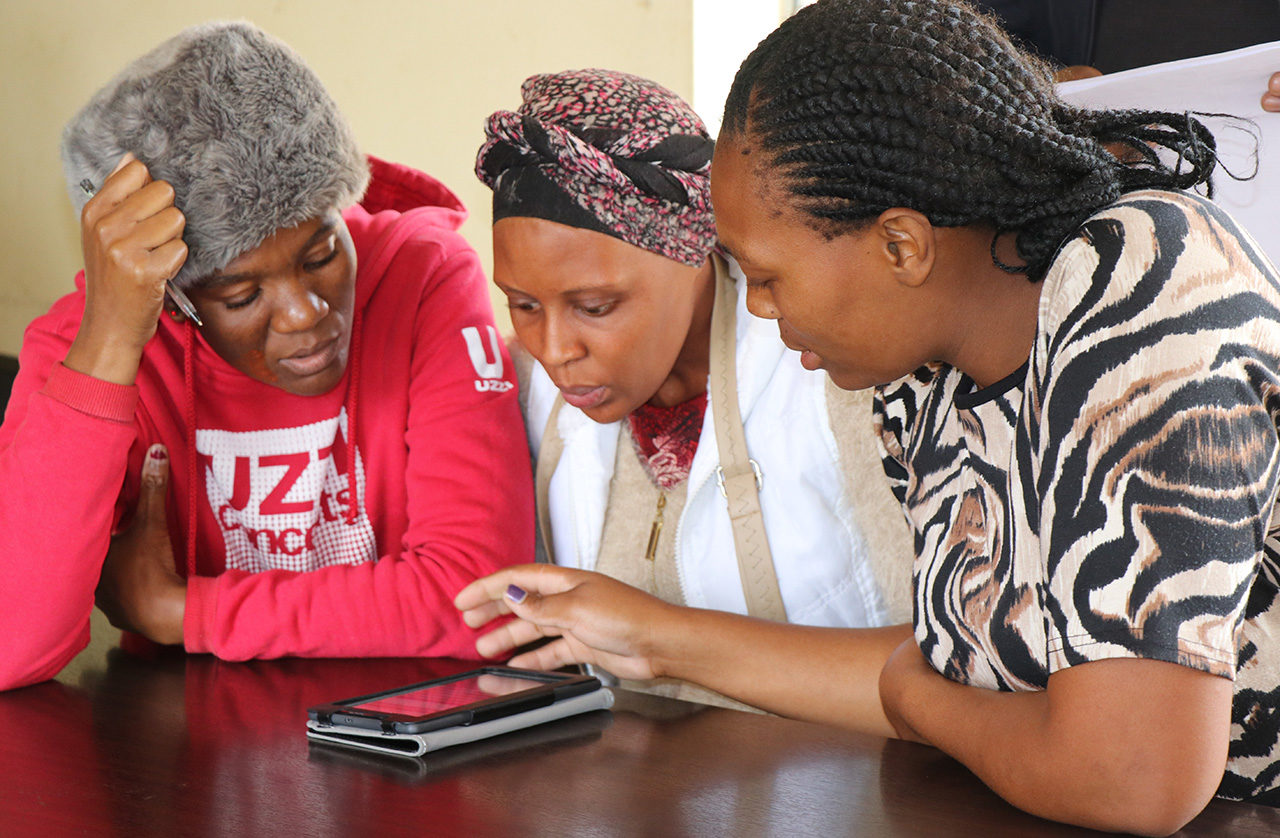 Getting to grips with the new savings app

SaveAct’s savings groups recently took a step into the digital age with the launch of the pilot phase of our app project. Two groups in Margate and two at Table Mountain near Pietermaritzburg have been given tablets loaded with the savings app to test drive before it’s rolled out on a larger scale.

Developed in collaboration with Techairos Consulting and Tronomy, the app will make it possible for groups to run their savings process and record proceedings digitally. Ultimately, members who use it will have access to details such as how much money has been saved, what loans are owed, meeting dates and constitution rules.

The app also makes it possible for members to contact the SaveAct office for help, and it records the GPS location of groups so that SaveAct can keep track of its footprint. There are security measures in place and to access information a password is required that is kept by three key keepers. Editing of group information can only be done at meetings.

He says groups have reacted positively to the idea. “They see it as beneficial. They are keen to get involved so that they have a handle on their own finances and a feeling of inclusivity.”

Field officer Mncedisi Nkosi, who has introduced the app to a group at Table Mountain near Maritzburg, says although some of the older members had difficulty operating it and needed help from younger members, they all liked the idea behind the app.

“They were a bit concerned about safety as the device would be operated by young people only and they don’t understand what is happening, but this can be avoided by training them thoroughly.”

“It’s a good tool,” says Nomthy Mbonambi, provincial co-ordinator for KZN. “There are some issues that we are trying to fix, but members can see that the app does things like calculate interest for loans, and when someone takes out a loan their name is automatically added to the debtor’s list, so they are happy with that.”