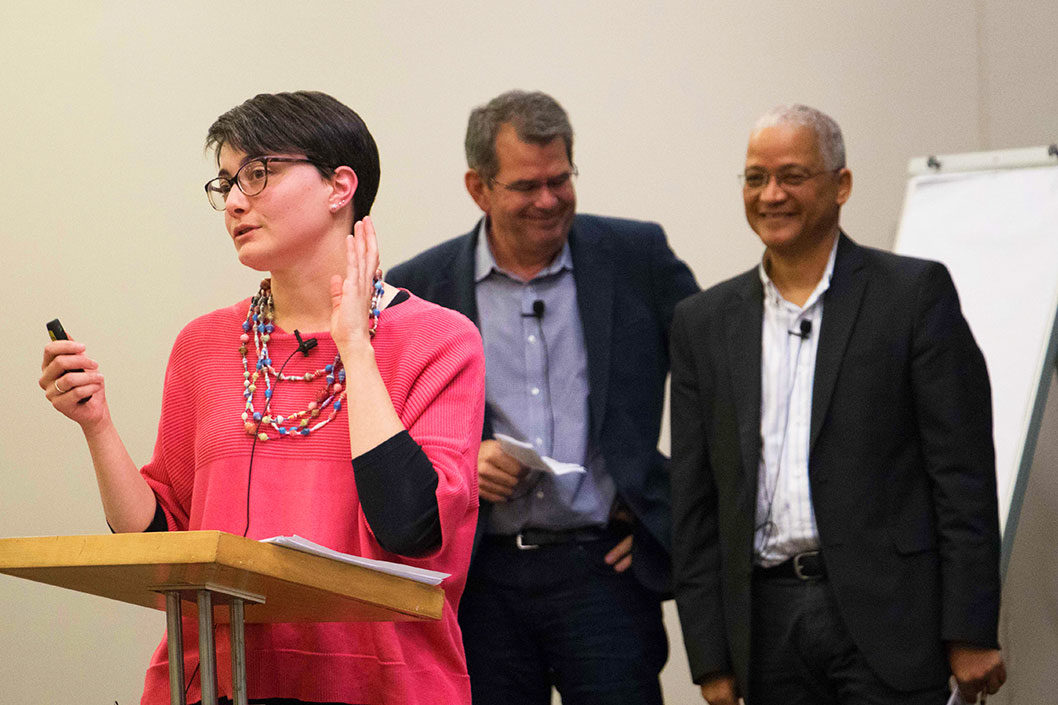 Can banks offer anything close to the rich experience found in the informal sector? Are savings groups and stokvels more valuable than we think?

This year, in collaboration with FinMark Trust, SaveAct conducted research into the value of savings groups (SGs) and stokvels to members. Our research found that SGs, in particular, provide members with a range of services and experiences that make membership both meaningful and frequently life-changing, with the obvious conclusion being that the SG model is valuable in its own right.

As a speaker at one of our recent seminars suggested, perhaps the time has come for both formal and informal financial sectors to be acknowledged as part of the world of financial inclusion.

With the road shows over and the full report being polished for publication, it’s worth looking at some of the details, discussed at the Cape Town and Johannesburg seminars, of what makes SGs so important.

Setting the scene at the introduction in Johannesburg, Nolufefe Nonjeke-Dlanjwa, SaveAct’s regional coordinator for Eastern Cape, said for “ordinary” rural people who want to change their lives, accessibility was one of the greatest strengths of SGs.

Whatever size goal they have, whether it be fixing a leaky roof or buying agricultural inputs for their small plot, “they are able to do so immediately,” she said. “They don’t need an ID and all kinds of other stuff that they’ll be asked for from other facilities.”

“In most cases [the SG] becomes the best available facility for them to have access to savings, loans and a social fund, which is an insurance fund where they put money to provide support to each other,” she said.

Dr Gerhard Coetzee from the Consultative Group to Assist the Poor (CGAP) said the value of SGs for participants is both functional, ie helping people to meet their need to save and grow their money, and experiential, because they gain additional benefits like social support, financial education and personal growth.

The net result, he said, is that they become empowered through their association with savings groups in particular, and this empowerment is good for society as a whole.

He said evidence that mature SG members are using SaveAct products as tools rather than services is particularly significant. The research shows that after a few years of belonging to a group, many members learn how to juggle their finances across multiple platforms and make full use of different financial services offered by both savings groups and stokvels, to “stretch” their money through the year.

In some instances this financial knowledge is fairly sophisticated. Researcher Silvia Storchi, a PhD candidate at Bath University, told the audience  SG members described how when they paid back loans to sources outside the group they felt like they were “working” for the lender.

“They believe it’s better to work for themself by joining a SG, where they can borrow money and still ultimately benefit from the share-out they have contributed interest to,” she said.

Prof Adrian Saville from Gordon Institute of Business Science (GIBS) remarked that “there’s a yawning gap between financial literacy and financial knowledge. It’s beyond saving, it’s what you do with that saving that’s important.”

Nonjeke-Dlanjwasaid the experience of belonging to a SG is literally life-changing: “Yes, this is about money, but for [members] it is beyond that, it is about gaining your strength, building your life, writing a new narrative about it.”

There was interest in the social dynamics and impact of SGs, especially the changed role of women in their households, the fact that they now had control over their own money, the reported increased harmony in households and women’s new ability to collaborate with their husbands over household expenses and budgeting.

There was also discussion about the role of trust for SGs in their smooth operation, and this came out strongly from the research: how SG members build trust in the provider (SaveAct), in the methodology and within groups, and that trust takes time and resources to develop.

Where to from here?

Given that SGs bring so much value to their members, how can the model be rolled out on a greater scale? No one really has a solution, but there was mention of building partnerships with other NGOs, government and the private sector.

Coetzee said the SG movement, which numbers some 14 million people in Africa, is important because “there’s substantial evidence of how informal mechanisms can play a big role in people’s lives. Maybe we need to look at both formal and informal finances as part of our world of financial inclusion,” he said.

• Read a summary of the report’s findings: http://bit.ly/2LjOxqS