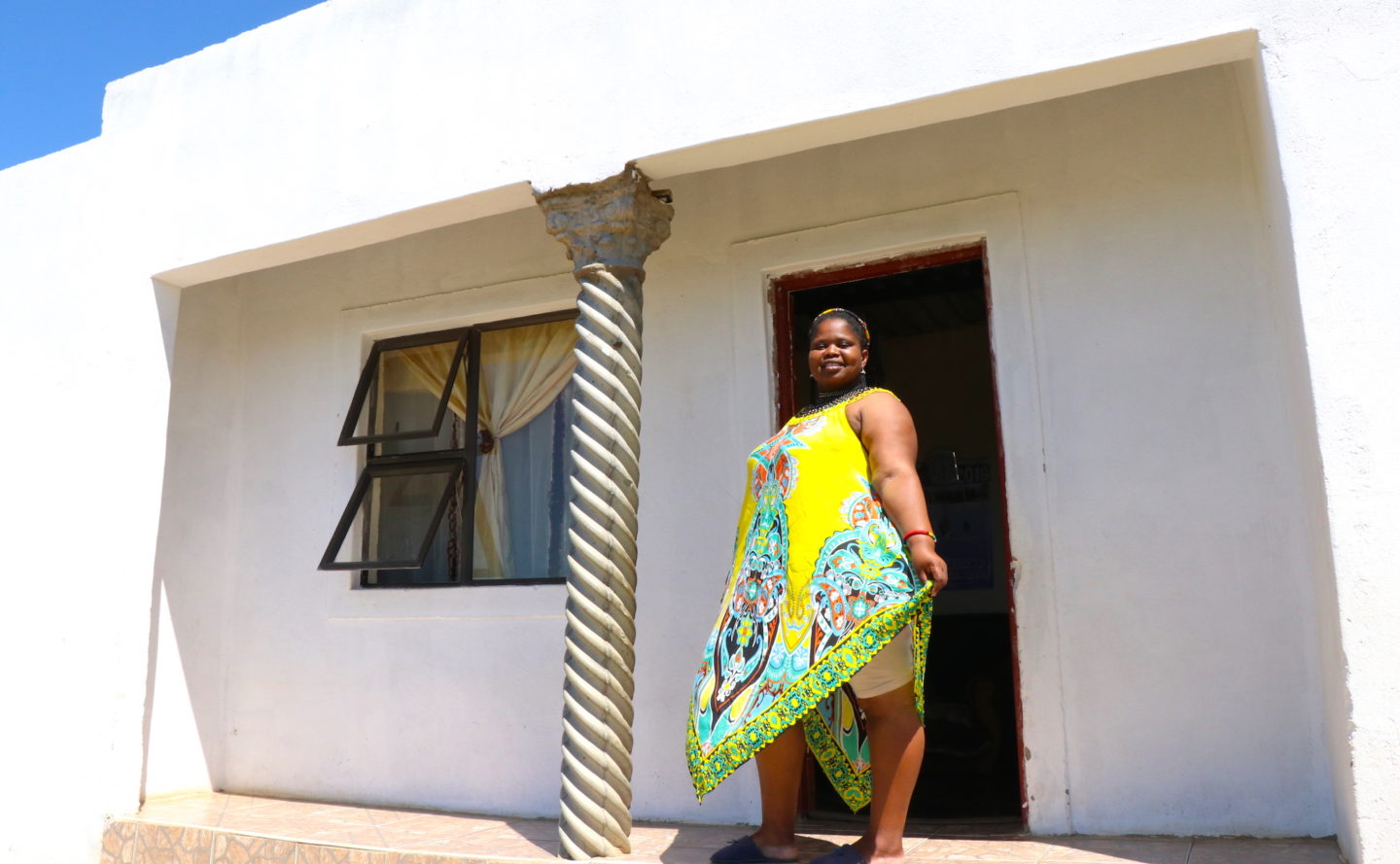 Zandile Dumakude wanted to be a nurse but she never made it to high school. Her parents were against girls going to school, and she was forced to leave in grade 7.

In January last year, she made a decision shaped by this life-changing event. She joined a savings group with the goal of saving for her daughter Nokuphila’s university education.

“I didn’t want to see her suffering. I wanted her to be able to go to university after matric, unlike me,” she says.

Now 47, Dumakude is married with four children and lives in Msinga, where she works as a cleaner, earning R1500 a month. She’s one of the thousands of South Africans who have contributed to the phenomenal growth of SaveAct’s membership numbers, which reached 80 000 this month.

Started 14 years ago by Executive Director Anton Krone, SaveAct now has more than 4000 savings groups in five provinces, and the average annualised saving of each member is R4487— roughly 4.5 times the African average.

The benefits of its savings model, dubbed “Stokvel 2.0”, have been well documented, most recently in a study conducted with FinMark Trust last year. Visibility of members’ progress is helped by SaveAct’s financial education programme, that encourages members to have a goal for their savings that will improve their lives. Most members invest their share-out money in home improvements, with education also a priority.

In Msinga, where the organisation has had a presence for several years, there are now more than 60 groups, each averaging about 20 members.

Twenty of these groups, including the one that Dumakude joined, were started last year in Machunwini, an area of Msinga administered by Chief Ngangendlovu Mchunu where there were no groups previously.

SaveAct field officer Lindelwa Majola, who together with three community-based promoters (CBPs) has been busy helping to establish and train these new groups, says requests for SaveAct to start working in Machunwini had been growing because people there saw the gains that SG members in other areas were making.

In a relatively short space of time members can make huge gains in their lives. Seventy-five-year-old Mathayithozi Mchunu, a widow who has no children and lives alone, joined one of the Machunwini groups established last year and is now living in a new yellow house built with her share-out of R9600. Although modest in size it’s twice as big as the building she was living in before, which she now uses as her kitchen.

Another woman who is benefiting from joining a savings group is single mother of three, Gugu Ngubane (35). A security guard who earns R4800 a month, she started building a house two years ago, completing two rooms, but she was borrowing money from loan sharks which cost her a crippling 30% in interest each month.

Her savings group, by comparison, only charges 10% and she borrowed R3000 to help pay for her most recent building costs. “It’s easier,” she says.

Ngubane spent her R5754 share-out on a third room that is plastered and painted, and she bought new curtains for the house.  This year, her goal is to buy sofas for the sitting room.

Krone says the pattern of successful groups inspiring more people to form their own has been evident elsewhere and is the main driver of growth. “Once a few SGs in a region have gone past their first share-out of capital to members, demand for training to form new groups invariably climbs steeply. A solid foundation of well-functioning groups is important. This tends to spawn growth of high quality.”

In Dumakude’s family, one of her sons has joined a SG after seeing the whopping R18 000 share-out his mother received at the end of 2018, and Nokuphila wants to join a group as soon as she’s earning a salary.

Progress hasn’t always been this straightforward. Since 2010 SaveAct has been adding an average of 7873 new members per year, but Krone says interest in savings groups was slow in the early years.

After tweaking the system of record keeping in 2007 and adopting more rigorous systems to secure member contributions, demand began to pick up. “This was immediately evident in 2008 and from there demand began to climb steeply,” says Krone. “However, in new regions interest would continue to be muted. In a context where con artists and pyramid schemes are common, introducing new financial models can be challenging.”

A smaller driver of growth has been SaveAct’s collaboration with 12 partners who use the savings model to support their own development agendas. These organisations have added nearly 9000 members to the total.

The huge increase in membership numbers has placed a strain on the NGO, which has a staff of 35, plus 31 CBPs.

“It has been difficult to keep up with demand for training,” says Krone. “At times groups have formed and commenced saving without proper training and systems. And sometimes there have been insufficient trainers to meet demand, resulting in quality being compromised.”

Another challenge is that monthly grant payments — which most members rely on—are clustered around the start of each month, resulting in groups meeting only monthly. In other parts of Africa groups typically meet twice a month.

“This means that mentoring visits are similarly clustered, resulting in peaks and troughs in demand, which brings pressure on scarce resources,” says Krone.

However, SaveAct has committed to providing financial education as an integral part of its model because poor quality education and gaps in life skills, especially with respect to money management, add risk to households, so the demand of being tied to the social grant payment schedule must be managed.

Despite the challenges, growth continues unabated, and, given that South Africa has one of the highest rates of indebtedness in the world, it seems likely to continue. People need what SaveAct offers.

“I wish I had joined a savings group earlier, I’d be far by now,” says Mchunu.