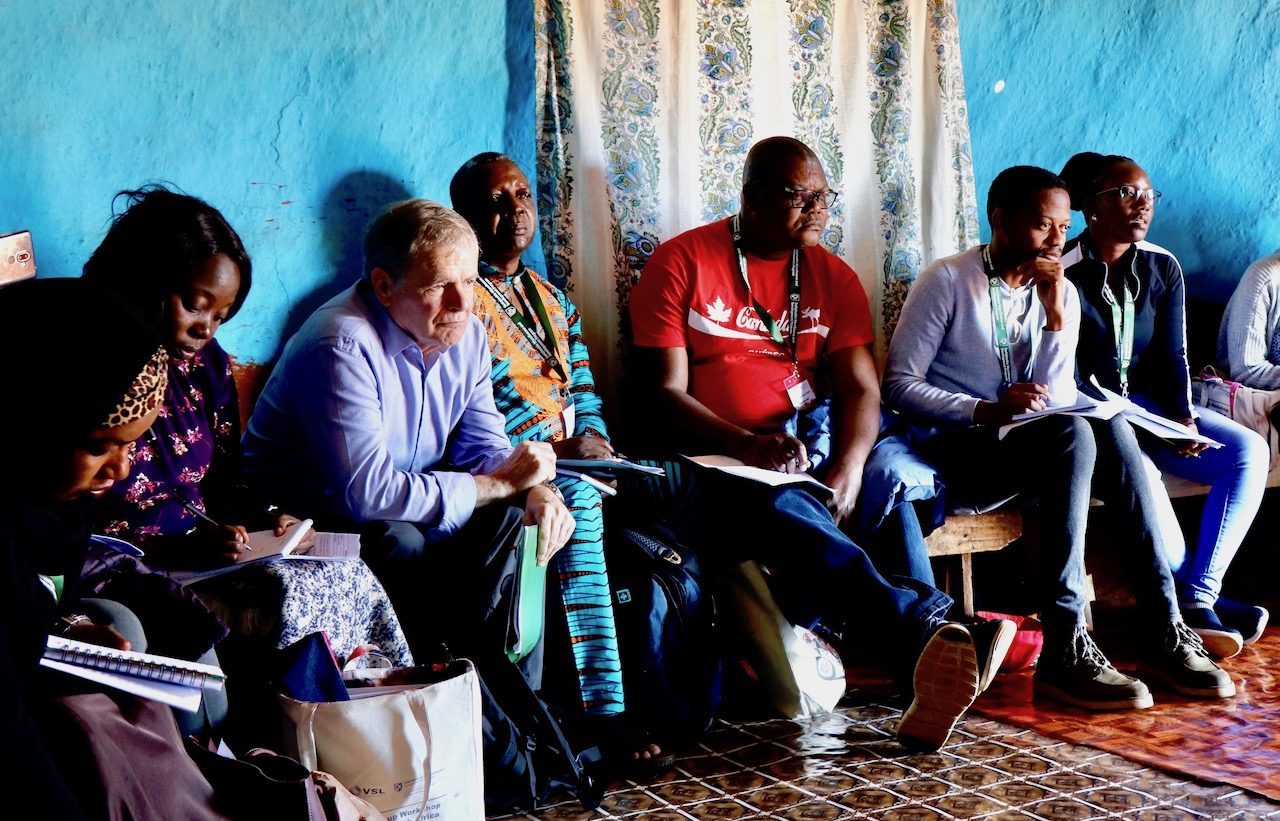 “I had been in development work for 20 years, and when I saw this model I thought yes, this could work.”

Like the simple savings model he was so impressed by, Hugh Allen is a no-frills kind of guy, direct and to the point. Decades ago he was an engineer from the UK, who ended up in the mid-eighties working in microfinance in Africa for Care International.

He’s since become somewhat of a guru in a world where the established village savings and loan association (VSLA) is a seen as a tool of social development, and he was in Pietermaritzburg in August/September to run two week-long training courses on the model. The training was run under the auspices of the Carsey School of Public Policy based at the University of New Hampshire, US.

Allen first came across the model in about 1992 in Niger, where it was being used by crafters to finance their work. “We were asked to look at a small project started by a woman from Norway called Moira Eknes. She had gone there to help them with handicrafts, but quickly found out that their biggest problem was finance,” he says.

“She looked at traditional systems of savings and credit, which are like a stokvel. Participants meet weekly, savings are deposited and one person scoops up the money. She said, why don’t we rather keep the money in the group, and use it as a loan fund.

“I saw this and thought it was a bit odd, paying interest on your own money, but that’s what you do in a bank. We advised that they should continue and a year later there were 14 groups. Now there are many more and they are all still going.”

Allen explains that unlike a microfinance bank, this model reaches the rural poor and it is sustainable. “There’s no need to spend money on buildings, vehicles etc. People could do it sitting under a tree.”

Care International, which had decided to focus on microfinance around 1991, resolved to try out the village savings group model in Mali, Zimbabwe and Tanzania. It worked in all three places.

“So we took the basic methodology and we standardised it,” says Allen. “We produced a manual for field officers and then Care started expanding it rapidly across other countries.”

Allen left Care International in about 1998 to start a company called VSL Associates, that focuses exclusively on savings groups, helping organisations to establish them. It also runs a management information system (MIS) that tracks performance of groups and is used by about 3 000 projects globally.

SaveAct founder Anton Krone first met Allen when he attended one of his courses in Zanzibar in late 2007. SaveAct then started implementing aspects of the model and immediately saw an increase in demand for it. Allen came to Pietermaritzburg in 2008 to run training courses on the VSLA model. SaveAct had been set up three years earlier, but growth had been slow and the organisation was still tweaking its savings model. After Allen’s visit, further changes were made that improved security of savings for members and membership started to climb exponentially. In 11 years since then, members have increased from around 500 to nearly 90 thousand.

Allen believes SaveAct’s growth would have been greater if it hadn’t added other services, like enterprise development to the basic savings group model. “When you add other components then growth is slower,” says Allen. “What’s impressive about SaveAct is that it has progressed steadily, learned by doing and has been cautious about growth. It is now more multi-faceted. That’s a choice SaveAct made because it felt people needed a suite of other services, like financial education.”

With or without these extra services, the model delivers. Allen says studies done show that at group level the impact of belonging to a savings group is noticeable, where people are no longer in debt, children go to school, they eat three meals a day, members’ social status goes up and women’s empowerment is significant. These effects were seen too in a 2018 study done by SaveAct and FinMark Trust on mature savings groups and stokvels in South Africa.

For Allen, however, what is most important about the VSLA model can be summed up in one word: independence.

“What makes it different is that the people manage it entirely by themselves and are independent after one year.  Some development organisations are proud that they are still working with the same people for 20 years.  That seems like a definition of failure to me.

“Savings group members pool their own resources, which are a lot bigger than they probably believed at the start, and don’t depend on anyone for donations.  That is far more ‘empowering’ than all sorts of handouts.”