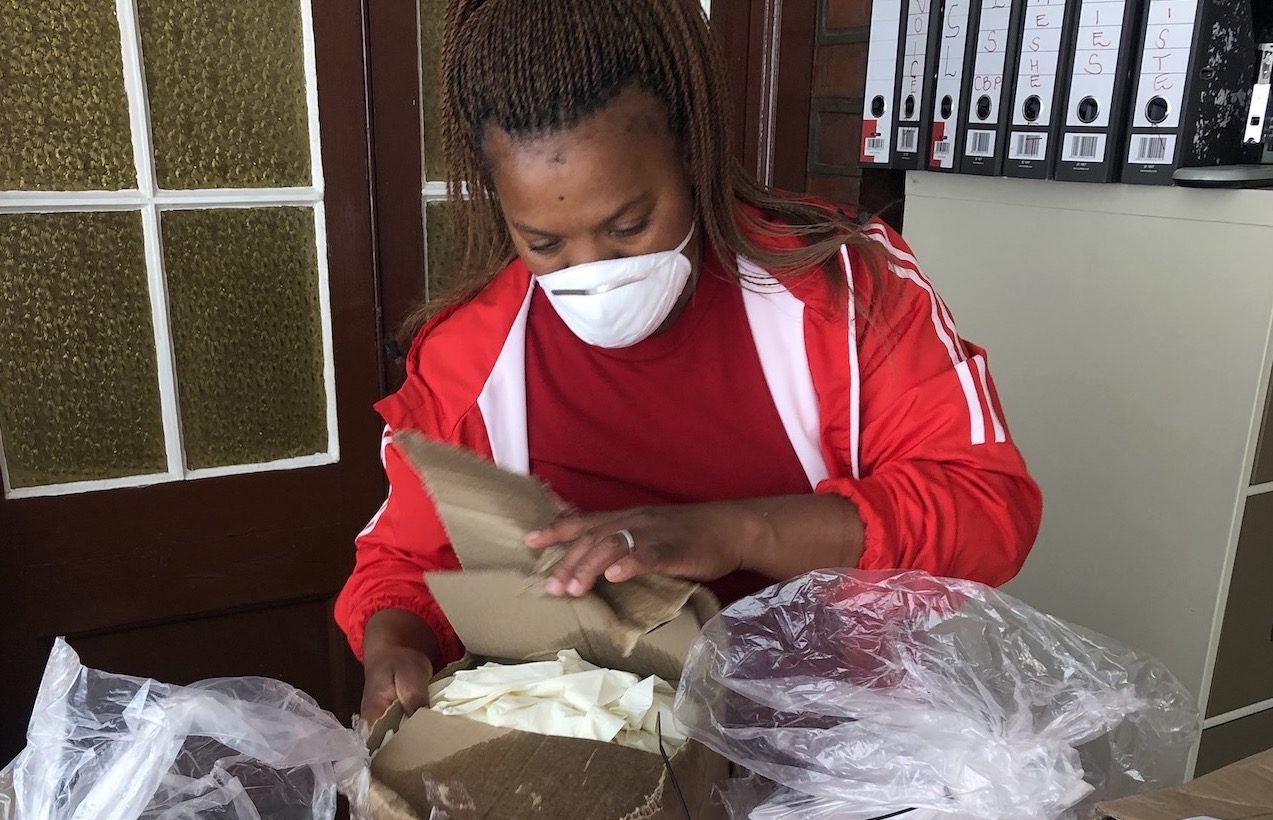 The year that changed its mind — a Covid-19 tale

“If it wasn’t for Covid-19 and lockdown the house would be completed by now.”

These words, spoken by Nelisiwe Langa, a 36-year-old single mother from Estcourt, sum up the frustration of millions whose plans have been interrupted by the coronavirus that causes Covid-19.

In March, Langa, a member of two savings groups, was well on her way to achieving her dream of building a brick house for her parents. She started the project in 2018 after joining her first SG in Estcourt, borrowing money from the group to buy doors, windows, window frames, cement and stone. Her brother made the bricks and her father did all the building up to roof level. Then came lockdown. The half-built house now waits to be completed.

Covid-19 also altered the course that SaveAct was on in March, the month of the lockdown. Staff were busy with preparations for SG2020, an international conference that was meant to happen in Durban in mid-March. SaveAct was involved as a local partner of SEEP, the main organiser, and this high-level event would have been an excellent opportunity to showcase on a global stage the work the organisation is doing. Instead, with some of the first delegates already in South Africa, it was decided that it was too risky to proceed and the event was cancelled.

SaveAct was suddenly scrambling to change direction and refocus its efforts.

“Covid-19 has thrown a curved ball,” says the organisation’s Executive Director, Anton Krone. “The savings model has stood out as a powerful support in times of crisis, for example dealing with the shocks and stresses of climate change.

“But with Covid-19, virus spreading is a big issue and SGs could contribute to that because they bring people together. What is a strength of SGs has become a vulnerability and it is very risky for groups to meet.”

SaveAct was galvanised to communicate to as many of its 5 000 groups as possible that they should not meet, but given that many of its members live in far-flung rural areas with poor communication, this was no small undertaking. For the past ten weeks, the organisation has been hard at work setting up a bulk-messaging and communication network with groups, using either WhatsApp or SMS. Progress has been slow but messages have been sent out, initially strongly advising groups to not meet until it is safe to do so, and sharing information about the virus.

More recently, messages containing information about financial topics such as budgeting under Covid conditions have been sent out as well. Members have responded positively to the regular dispatches from SaveAct and efforts are being made to develop a two-way conversation with them. In the long run, building this communication platform should be one positive outcome of the crisis.

The network is also being used to elicit feedback from members about their circumstances. The initial responses have been concerning. Out of 254 members surveyed in four provinces, 36.7% said their income had been affected, and 22% said household food security was in jeopardy. Many farmers cannot sell their produce and livestock or buy inputs. Eighty-six percent of participants in a smaller survey said they had not received any assistance from the government or an NGO.

Asked how their family will sustain itself during lockdown, responses included: “saving”, “planting vegetables”, “moving in with my family” and “teaching my children to save food”. One respondent said: “Try to eat small portions, but it isn’t easy.”

SaveAct is also responding to the crisis with practical measures. It has an extensive footprint in South Africa and is working on a relief effort to get resources such as seedlings out to vulnerable households. Guidelines for holding safe meetings have been sent out to groups and field officers have begun to distribute PPE kits to those within reach.

The organisation is engaging with municipalities to allow SGs to meet in sanitized public venues like town halls, rather than in members’ homes, as is currently the norm. Staff have received training in safety protocols and are slowly resuming fieldwork where they will be training SGs on how to hold safe meetings and safeguard their homes and families.

Farmers have begun to place their orders with SaveAct’s social business, Zis’Ukhanyo. The organisation is using this opportunity to rationalise and gear up its delivery systems to achieve economies of scale and efficiencies. Point people across the network of communities that SaveAct works in are being identified to facilitate orders and distributions.

Despite the dire circumstance of the pandemic, Krone believes SG members will be more resilient than non-members in the tough months ahead. “They are better placed to have the kind of social support that will help them to survive. And many of them have assets such as better, more weatherproof houses with more space, which means people can manage illness better,” he says.

Nontethelelo Nkonzo is one such member. Starting in 2015, this single mother of three managed to save enough money from a monthly income of R2 500 to build a three-room brick house near Margate for her family. “I was happy because I had an opportunity to move from the shack room where I was staying. I used to be scared in winter because I wasn’t secure from fire,” she says.

“Many of our members are farmers or have vegetable gardens and they will be better off than people in townships and high-density informal settlements,” says Krone. “And rural households tend to have stronger social networks than, for example, a person from another place living in an informal settlement.”

For now, Langa’s house is unfinished and her dream is on hold, but the lockdown will end eventually and she has the means, through saving, to complete the project. “My life has changed. I didn’t think I would be able to build a house for my parents, but with SaveAct and the support of my family it’s a success,” she says.