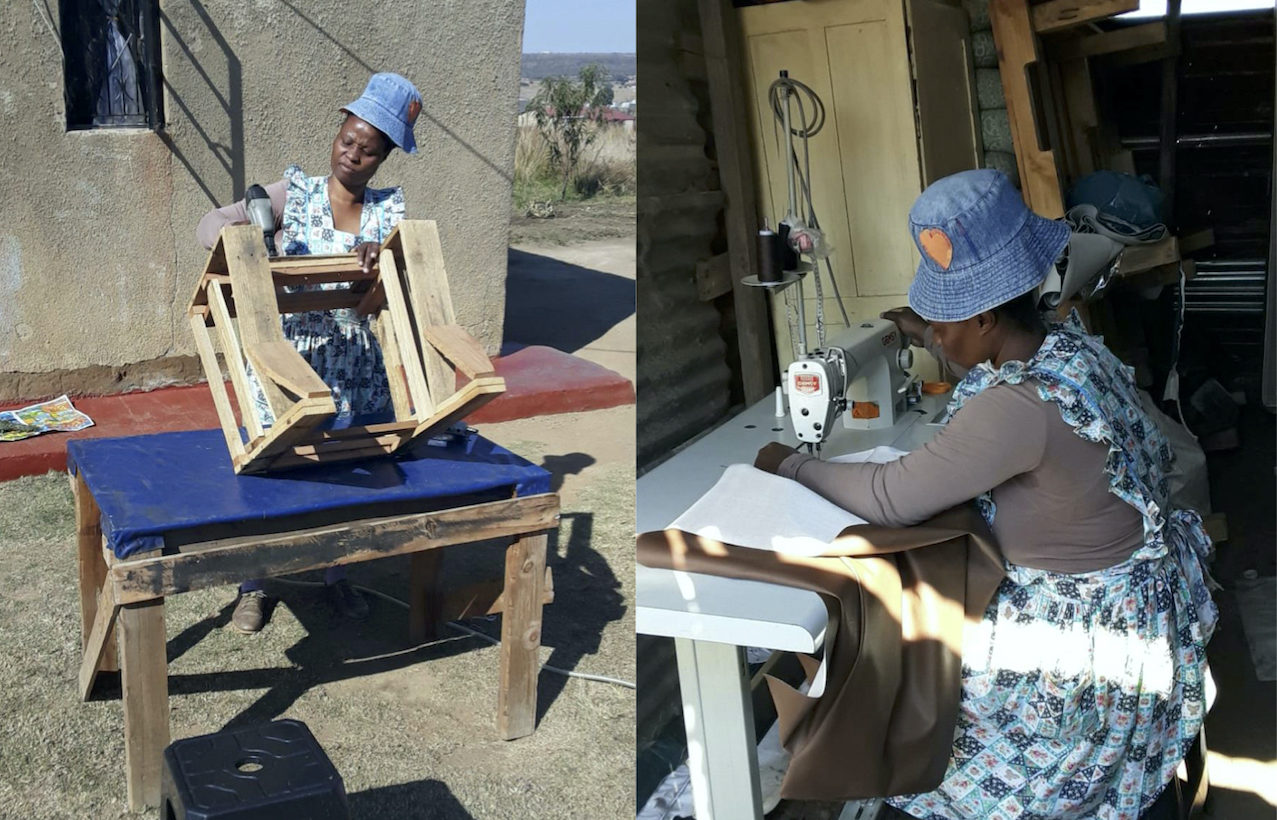 When Bongekile Sishi started working at a pawn shop several years ago, she had no inkling that she would end up running her own successful business, manufacturing and upholstering furniture.

A can-do attitude helped to get her there. Sishi (43) explains that when the owner of the shop decided to start re-upholstering old furniture instead of sending it to another company, she was so interested she tried some upholstering herself one day when he was out.

“When he came back, I was finishing the job and he was impressed,” she said. Her boss decided to close the shop and start an upholstery business with Sishi, teaching her what he knew.

They started to make couches for children from scratch, and from that she progressed to making regular-sized couches.

Sishi, who lives in KwaHlathi, Ladysmith with 11 adult family members and her five children, worked for another company as a director of upholstery after her first employer moved to another province.

She returned to Ladysmith after two years when her contract expired and has been running her own business, manufacturing and upholstering furniture from home.

She also does re-upholstery, producing new pieces of furniture that are often sought after by party planners. Her customers also include community members.

Sishi joined SaveAct in 2018 after she heard about it from members in 2017. Her interest resulted in her persuading other community members to form a new group in 2018, and they were trained by a SaveAct field officer.

That year their share price was R100 and she save five shares per month, receiving a share-out of R8160 at the end of the first cycle.Joining the group enabled Sishi to upgrade her business.

She was able to buy material to continue with her work and borrow from the group without getting into debt.Like most entrepreneurs, her profits took a knock this year because of the Covid-19 pandemic. She could not do her work properly because most places where she sources her material were closed and movement restrictions meant she had to stop operating.

But Sishi is up and running again. Her current challenge is transporting the furniture to and from her customers. At the moment, she depends on hiring a bakkie from her neighbour or a family member, which is an extra cost for the business.

She has made a plan to increase the amount she saves to allow her to buy her own vehicle. This will make her work easier and she’ll have an asset attached to her business.

For Sishi the greatest achievement as a result of saving with SaveAct has been registering her company and finally opening a business account. She has also partnered with a courier company to ease the logistical challenges of transporting material, and she launched a Facebook page to advertise her work. Her profit is about R7000 per month, depending on how many couches she has re-upholstered.

Sishi says she plans to hire four women next year when things get back to normal, with the intention of passing on skills and helping them to become self-sufficient and proud of themselves.

“The effort from Saveact members assisted me to be open minded and realise my talent. I didn’t think I would be where I am now. Had I not started saving, my business wouldn’t have grown as fast as it has,” she said.“My life has changed. I can see SaveAct has improved it, I am a winner. My business is sustainable and that makes me a successful business woman. To me this is the beginning of many more good things to come.

I have learned that success comes to those who quit thinking and start acting.  Thank you to SaveAct for being there for us as a community, we appreciate what they are teaching us.”