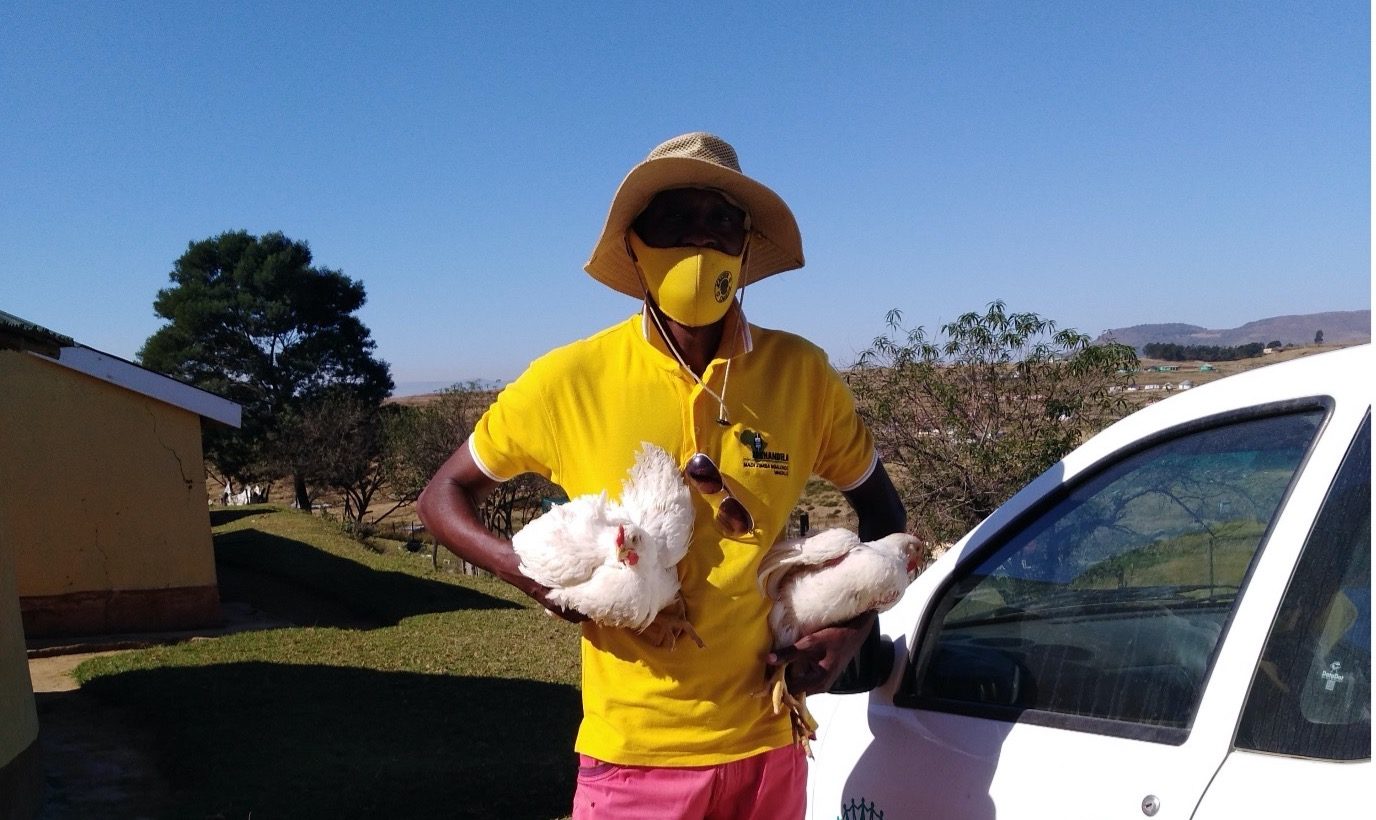 A burning desire to take charge of his finances led Langalakhe Ronald Made to launch a poultry business.

“I had a dream of changing my personal and family trends on how to make my income,” he said. “I had for several years worked as an employee and it was not helping me to achieve my dreams, it was time to change my thinking on finances.”

Made (45) lives in Esbomvini near Creighton. He has a background in social development and network marketing. He also has training in business and other skills.

Poultry farming, however, was new to him and he started small in April 2020, determined to learn along the way. “It was a very small project in the beginning, the reason being to learn from it,” he said. “I strongly believe in starting small. Focus on your planning, goals and objectives.”

He started with 20 chicks and had many challenges in the beginning. Chicks died because of poor heating until he bought a broiler lamp. They failed to thrive until he fed them certified feed, and a neighbour’s dog killed 25 birds after the door to their enclosure was left open.

“I have learned that unsuccessful attempts are not failures but lessons. I am applying that to my business. I had setbacks but I learned.”

Made now keeps between 50 and 100 chickens, making R15 to R20 profit per bird . “The business is growing and we have a verbal agreement for supplying a minimum of 300 chickens with a potential of a bigger number if service is good,” he said.

He joined a savings group at the beginning of 2021  and said he has benefited from technical advice and support given by SaveAct field officer Musawenkosi Mntungwa. Made said he had borrowed money from the group to fund his business and increase stock.

He is ambitious and would like to eventually export to other African countries and abroad. He has a six-year business plan and has made contact with Nkosazam Dlamini-Zuma municipality about getting funding to make this happen.

Made said he hopes to uplift his community through his efforts.

“I also had a dream of providing job opportunities to people of my area. The rate of unemployment is huge within NDZ municipality, even for those who have qualifications. There is a great need to combine ideas and start projects that can employ even a small number of people.  The business I have started seeks to address that need.”