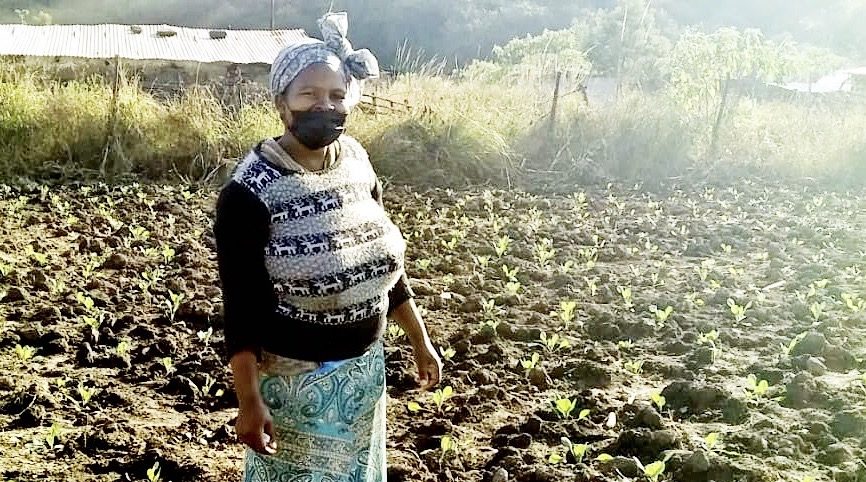 Like so many entrepreneurs, Nomagugu Mfedu’s business took a knock because of Covid 19 last year.

In 2019 this small-scale farmer from Highland, Bizana was raising broilers which she sold in the community and in town. Business was going well and she was making R5000 plus more for sales on credit. She also had two rooms that she rented out and her income supported her husband and four children.

Mfedu’s broiler business started to struggle last year during lockdown, with sales declining. In addition, many of her customers, who had been buying on credit, lost their jobs and were unable to pay her.

Mfefu (37) managed to stay afloat because she had joined a savings group in December 2019. She was able to borrow money from the group which she used to order more chicks.  By working harder, she found new customers and continued to bring in an income while waiting for debts to be paid. In this way she kept her business running.

With her first share-out she managed to build three extra rooms. One of these rooms was for her broiler production and the other two were added to the ones she was already renting out. As lockdown restrictions eased some of her customers paid their debts and she used that money to increase her broiler production, making sure she has consistent production cycles.

She also has a garden where she has planted about 750 cabbages, which she will also sell in the community and in town.