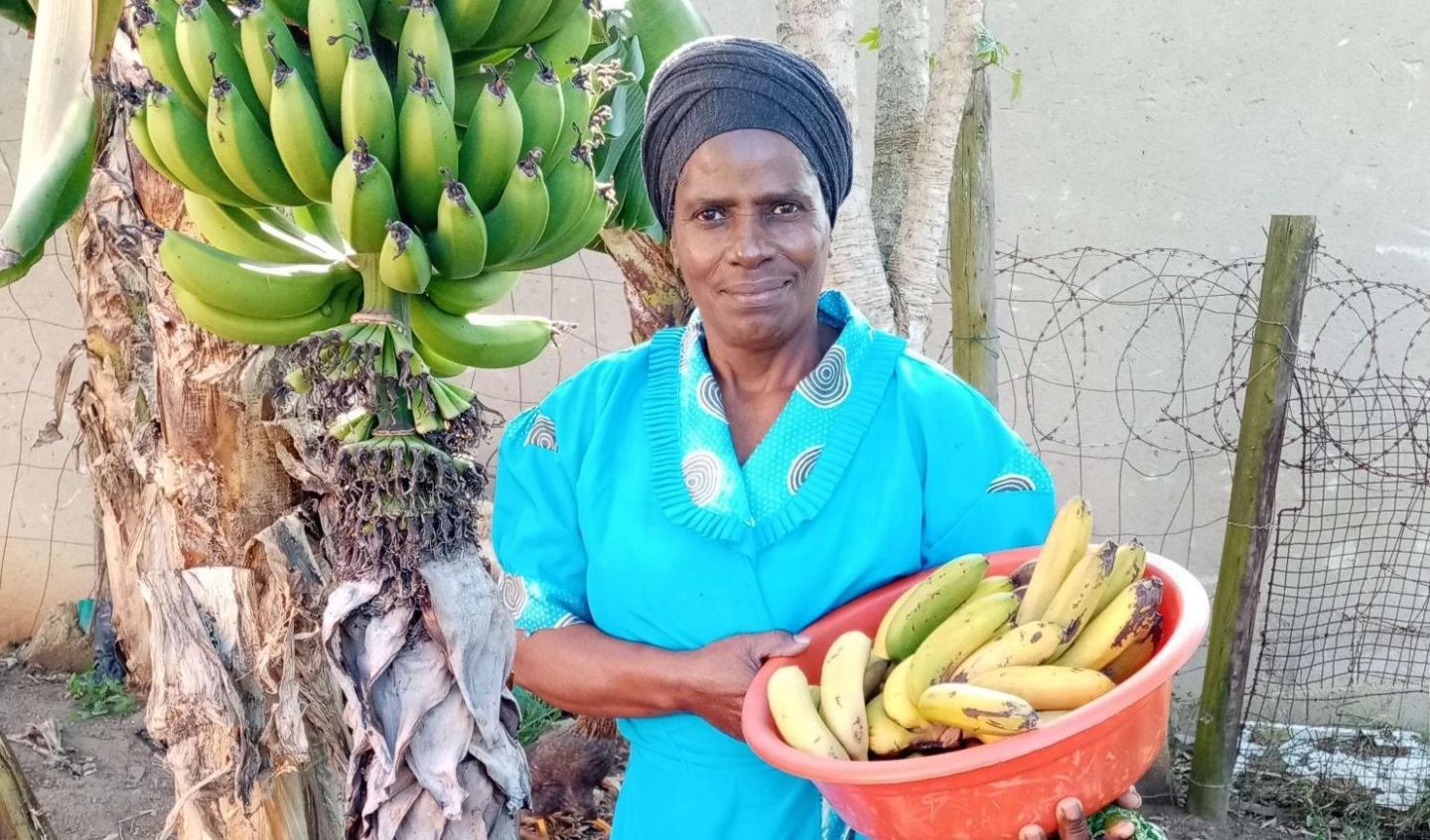 At the age of 63, Nontsindiso Thutshini is the proud owner of five rental properties. She achieved this impressive feat by saving diligently for the past five years.

Thutshini says the impact of joining a savings group in 2016 has been huge. An older single mother who lives with her son, Thutshini now belongs to two savings groups in her community in KwaZulu-Natal.

She has invested her share-out money in building four extra rooms and a building that is used as a shop, all of which she rents out at a cost of R500 each per month. She also receives a government pension.

She says that during the hard lockdown last year she was not affected financially because she had just had her share-out. She was able to spend that money on her household, despite the fact that some of her tenants were unable to pay rent because they hace been retrenched due to Covid-19.

Thutshini is very proud of the progress in her life since she joined SaveAct.  Apart from building rental properties, she also has long-term plans to renovate her house.

She is an active person who likes to do things for herself. Most of the time she is alone, spending her time in the garden and cleaning her yard. With money from her January and June share-outs this year she has bought more bricks and sand so that she can build two more rental rooms.

Thutshini also used some of the money from her year-end share-out to buy two breeding hens and a rooster. These are indigenous free-range chickens and she has started to generate an income from eggs and meat. Her business is going so well she intends to expand it.

“I wish SaveAct could expand to other areas where it has not reached yet, because I have seen the improvement it brings, especially financial education, to people’s life,” she says.